THE BEST 22 QUOTES FROM "ALL YOUR PERFECTS" BY COLLEEN HOOVER! 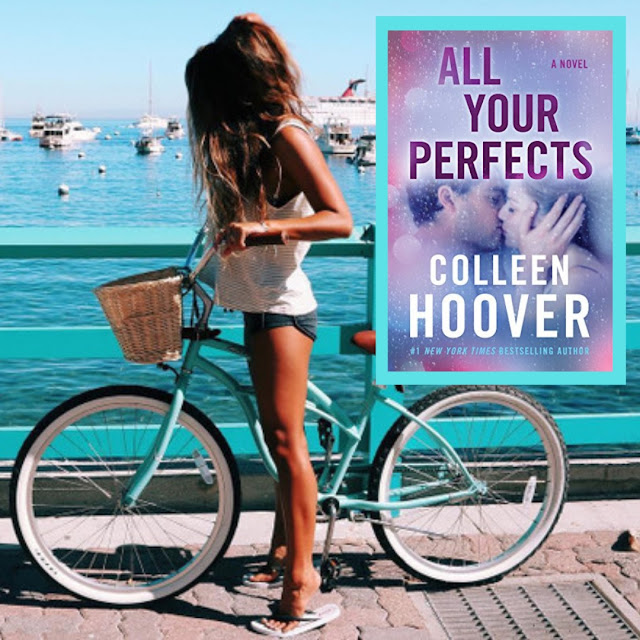 If you only shine light on your flaws, all your perfects will dim. / 9


Our marriage didn't collapse. It didn't suddenly fall apart. It's been a much slower process.
We started out strong. Stronger than most; I'm convinced of that. But over the course of the last several years, we've weakened. The most disturbing thing about it is how skilled we are at pretending nothing has changed. We don't talk about it.
We're alike in a lot of ways, one of them being our ability to avoid the things that need the most attention. / 17

People are lead to believe that a marriage ends only when the love has been lost.
When anger replaces happiness. When contempt replaces bliss. But Graham and I aren't angry at each other. We're just not the same people we used to be. Sometimes when people change, it's not always noticeably in a marriage, because the couple changes together, in the same direction. But sometimes people change in opposite directions. / 18


People can't always control who their circumstances turn them into. / 18

A ring doesn't symbolize eternal happiness. Just eternal love. The problem is, love and happiness are not concordant. One can exist without the other. / 18

I'm standing on the outside of the circle of life, watching the world spin while I am at a standstill. / 32

Sadness is like a spiderweb: You don't see it until you're caught up in it, and then you have to claw at yourself to try to break free. / 137


"You say that like marriage is a Category 5 Hurricane."
"Not all the time. But I definitely think there are Category 5 moments in every marriage." / 147

We're full of flaws. Hundreds of them.
They're like tiny holes all over our skin. Sometimes, we shine too much light on our own flaws. But there are some people who try to ignore their own flaws by shining light on other people's to the point that other person's flaws become their only focus. They pick at them, little by little, until they rip wide open and that's all we become to them: One giant, gaping flaw. / 148
When you meet someone who is good for you, they won't fill you with insecurities by focusing on your flaws. They'll fill you with inspiration, because they'll focus on all the best parts of you. / 149

It's funny how you can be so happy with someone and love them so much, it creates an underlying sense of fear in you that you never knew before them. The fear of losing them. The fear of them getting hurt. I imagine that's what it's like when you have children. It's probably the most incredible kind of love you'll ever know, but it's also the most terrifying. / 192

Be whatever you want to be. Be a soldier if you want. Or a lawyer. Or a CEO. Or a housewife.
The only thing you shouldn't be is embarrassed. / 193

No matter how much you love someone - the capacity of that love is meaningless if it outweighs your capacity to forgive. / 197

It is a lot easier to ask for forgiveness than permission. / 227


Hurricanes aren’t a constant threat to coastal towns. There are more days with great weather and perfect beach days than there are hurricanes. Marriages are similar, in that there are a lot of great days with no arguments, when both people are filled with so much love for each other.But then you have the threatening-weather days. There might only be a few a year, but they can do enough damage that it takes years to repair. Some of the coastal towns will be prepared for the bad-weather days. They’ll save their best resources and most of their energy so that they’ll be stocked up and prepared for the aftermath. But some towns won't be as prepared. They'll put up all the resources into the good weather days in hopes that the severe weather will never come. It's the lazier choice and the choice with greater consequences.I think that’s the difference in the marriages that survive and the marriages that don’t. Some people think the focus in a marriage should be put on all the perfect days. They love as much and as hard as they can when everything is going right. But if a person gives all of themselves in the good times, hoping the bad days will never come, there may not be enough resources or energy left to withstand those Category 5 moments. / 260

My whole purpose in life is to make you happy, and sometimes I feel like I’m unable to do that anymore. Sometimes I give up on myself. I pray that you don’t give up on me, too. / 269

I realize now that sometimes two people can lose their hope or their desire or their happiness, but losing all those things doesn’t mean you’ve lost. / 276

We came so close to losing everything we had built together because of something that was out of our control. Something that should have brought us closer together but instead pulled us further apart. / 297